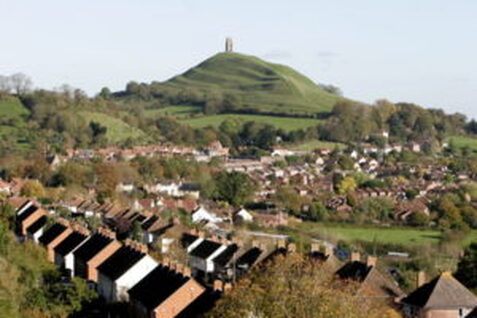 We meet at Warmley carpark at 10am.
We head down the ring road to Keynsham along the bypass into the back of Keynsham, out on B3116 onto the A39 and down the A37 to Farrington Gurney where we meet up with the rest of group, the total is eleven bikes a good turnout. Here it goes a little wrong. Max and one other gets out of carpark but the rest of us get held up by cars, sadly Max's headset gets out of range and we lose contact so he's not aware. I have now 3 people in front of me who don't know where they are going and there wasn’t a chance for me to get in front of them to take the lead, hence a wrong turn was taken, going towards Yeovil instead of Wells,
I had to drop back to talk to Mike at rear of pack as mine was out of range of his headset as we had got spread out,a quick plan was discussed, I was to ride a to catch up and get to the head of the pack and divert us across to meet up with others, while Mike followed bringing in the tailenders but! The pack had got a good start on us due to us getting stuck at road works, once clear of those and speed limits, I up my game, before long the back marker is in sight, I started jumping past them to get to front by Shepton mallet to divert them back on to course, job accomplished I divert them to the road needed and we regroup. Mike taking lead and myself back marker, the ride now goes as plan and we meet up with the others at Glastonbury. Pasty and drink later and a quick fuel up for myself and a chuckle about the hiccup, we move off, heading towards cheddar, we go up through the gorge to the top Bearing left to Burrington where we stop for a breather and tea break. We lose three at this point as they head home, the rest continue to Weston super mare, dropping down into Weston on locking road and through to the sea front, where we parked for a while and took in the sun. As time went by the group diminished, or had different routes to take to get home, so the return journey was just Mike and my self
It was a good ride out and awesome company from everyone. Also with Martin and Sue and Fraser